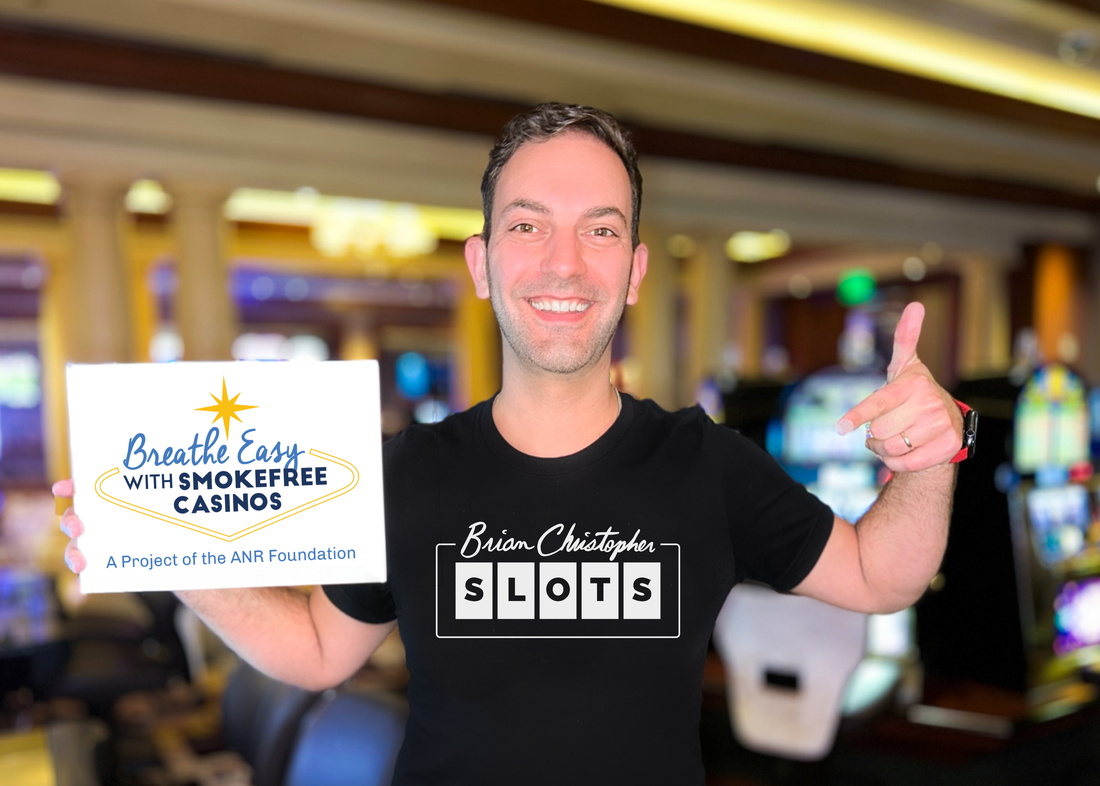 ​
The wildly popular Brian Christopher Slots channel on YouTube and Facebook reaches more than 5 million monthly unique viewers, showcasing his journey to entertain players while prioritizing the health of staff and casino goers alike. Sold out Brian Christopher Slots meet & greets and group events attract a growing fan base to casinos across the US. Brian has pledged to continue his work as an official advocate for the American Nonsmokers' Rights (ANR) Foundation, and as supporter of Casino Employees Against Smoking Effects (CEASE).

“We thank Brian Christopher for his unwavering support of casino workers and joining us in the fight for smokefree casinos,” said Cynthia Hallett, president and CEO of the American Nonsmokers’ Rights Foundation. “As we continue our campaign to make all casinos smokefree indoors, Brian Christopher’s commitment to promote only smokefree gaming spaces will help raise awareness of this serious issue and the conditions casino workers are forced to endure.”

As part of Brian’s pledge to smokefree gaming, in the coming months he will be launching the updated Brian Christopher Slots at Plaza, a brand new casino expansion on the front of the Plaza Hotel & Casino. The new and improved version will grow Brian Christopher’s curated slot machine titles from approximately 25 to 85+. It will be the first-ever entirely smokefree gaming area in Downtown Las Vegas, featuring outdoor access through the Plaza’s reimagined Main Street facade, complete with independent ventilation, and all the excitement that Brian’s followers expect.

“BCSlots at the Plaza has been very successful. Guests enjoy playing the games that they have seen Brian play in his videos, and many appreciate the fact that his dedicated area is smokefree. Given the continued popularity of BCSlots at the Plaza, we are excited to open Brian Christopher Slots as our new and expanded smokefree and social media friendly casino addition next to our iconic dome entrance,” said Lisa Melmed, marketing manager at the Plaza Hotel & Casino.

Last year, Brian Christopher formed BC Ventures, an umbrella company to house and grow various strategic initiatives including a mutually exclusive partnership with Carnival Cruise Line. Existing and future projects in this vibrant portfolio will be managed under the same principle of prioritizing smokefree experiences.

Brian elaborated, “It is time for gaming to join the ranks of the best entertainment venues, restaurants and bars that went smokefree years ago. The health of those who work and play in casinos should be just as important as in any other industry. With only 13% of the US population smoking nowadays, it no longer makes sense that 100% of patrons should have to be exposed to harmful chemicals. As BC Ventures takes the pledge in 2023, I am happy to share that we are almost fully booked with smokefree casino visits for the year, as we continue to attract younger demographics with our premium experiences. Millennials and Gen Z grew up in a smokefree world — and they demand it.”
About Brian Christopher Slots
Brian Christopher is the leading influencer in the casino gaming world. He publishes daily videos playing slots in casinos and online, showing millions of fans how to have a great time using an entertainment budget. His content excites and educates the most vibrant, deeply engaged, and demographically diverse community of gaming enthusiasts. For business partners, Brian Christopher Slots offers the only complete solutions suite in its category — helping them drive meaningful connections, activate exclusive features, and define what’s next in player marketing. To learn more, please visit BCSlots.com and @bcslots on YouTube, Facebook, Instagram and TikTok.

About The American Nonsmokers' Rights Foundation
The American Nonsmokers’ Rights (ANR) Foundation is a 501(c)3, educational nonprofit organization, which creates comprehensive programs to prevent the harmful effects of secondhand smoke and smoking among youth and adults. Incorporated in 1984, the organization has more than 35 years experience promoting prevention and education about smoking, secondhand smoke, and exposing tobacco industry interference with public health policies. The foundation's goals include educating the public about the health effects of secondhand smoke and the benefits of smokefree environments. Ultimately, these efforts are intended to create a smokefree generation of Americans that rejects tobacco use and is savvy to tobacco industry tactics.

Our Audience Weighed In: 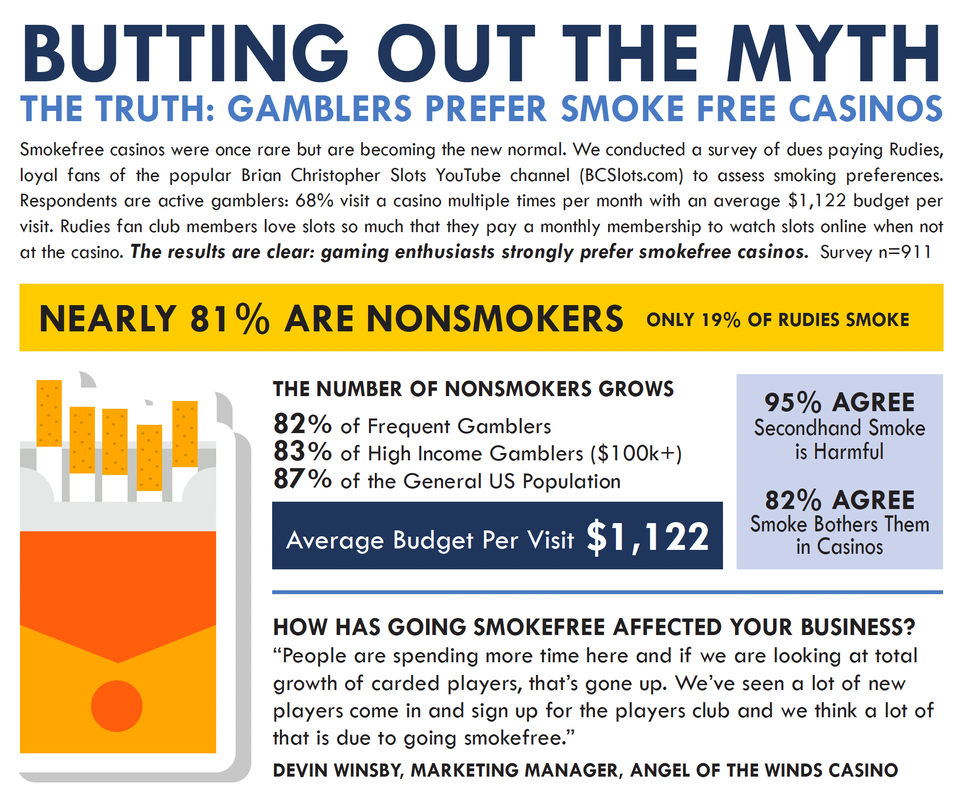 More Than 1,000 Smokefree Casinos in the US: 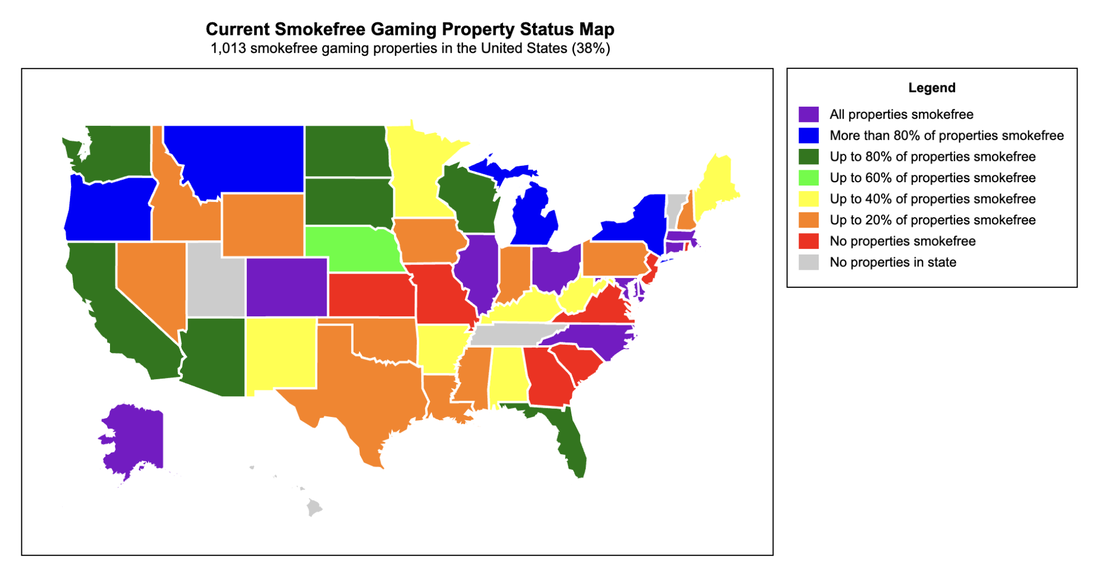